All eyes are on the looming transfer window as many big names are rumored to be on the move. But as an unprecedented year comes to a close, let’s evaluate the top transfers of 2020 in the English Premier League.

We’ll evaluate transfers with a close eye — similar to a good handicap bettor on canadasportsbetting.ca — on a number of factors including signing price, immediate impact, and potential long-term effects on the club. Here’s which new faces are performing best in their new places:

To the surprise of many, Jurgen Klopp swooped Jota during the latest transfer period. Klopp managed to keep his interest in the blossoming 24-year-old Jota a secret and freed up the cash to sign him to an already loaded roster (both financially and talent-wise).

But in an even bigger surprise, Jota managed to find the starting lineup early and often amongst a crowded front that already included Roberto Firmino, Mohamed Salah, and Sadio Mane. The newbie scored nine goals in 17 appearances for his new side.

However, disaster struck recently as Jota suffered a serious knee injury. The setback will have him sidelined for 6 to 8 weeks. Nonetheless, Jota’s future at Anfield is bright given his early season performance and young age.

Fernandes is approaching his one-year mark at Manchester and what a year it’s been. In 45 appearances for the Red Devils, the midfielder has scored 23 goals and provided 14 assists. His efforts have led United back into the top-4 standing after a few down years.

Of the players on this list, Fernandes might be the most likely to be on the move again. His name has been linked to Barcelona and Real Madrid as of late.

What a coup Lamptey has been for the Seagulls. At right wingback, he’s been nothing but a ball of energy and skill — despite a 5-foot-5 stature that most overlooked. He had started every game for Brighton this season until a recent injury.

Still, at only 20 years of age, Lamptey has a bright future ahead of him. Like the aforementioned Fernandes, Lamptey could be a name that comes up frequently in future transfer windows.

Chelsea went on a spending spree during the August and September transfer period, but early signs are that Chilwell was its biggest catch. The 23-year-old has contributed both offensively and defensively for Chelsea.

In Premier League games, Chilwell has netted two goals and assisted on three more. Naturally, Chilwell is more of an attacker at left-back, however, Chelsea hasn’t had to sacrifice defense due to Chilwell’s style of play. Some of that is due to its other offseason signings, which we cover next.

In terms of “bang for your buck,” no team got more value than Chelsea did for its one-year deal with Silva. The Brazilian defender was heavily discounted due to his age (36 years old), but he’s delivered thus far for his new club.

Slotted at centre-back alongside Kurt Zouma, Silva has really fortified Chelsea’s back line — which was its Achillies heel a season ago. Silva has performed so well that there’s been talks about extending his contract until 2022. 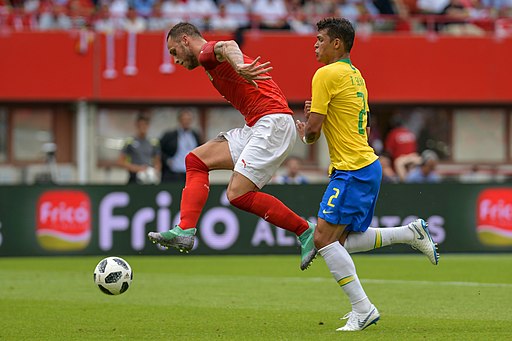 It’s been a tale of two halves for James at Goodison Park. Initially, James burst onto the scene with three goals and three assists in his first five outings for Everton. But since then, he’s yet to be directly involved in any goal.

Furthermore, he’s been sidelined recently with an injury. Unfortunately, a lack of consistency on the pitch and nagging injury issues have been James’ calling cards throughout his club career.

Nonetheless, he makes our list because of Everton's turnaround this season. The club is in the thick of the standings (after a 12th place finish a year ago) and James has proven the EPL pace isn’t too much for him when at full strength.