top transfers in the bundesliga this season news articles

Top transfers in the Bundesliga this season

The Bundesliga continues to be one of the leading league’s across Europe, with much of this due to the dominating force of FC Bayern Munich. They are again coming off the back of a title victory but also a very impressive victory in the Champions league. The side have continued this form into the current season and look set for another challenge in their defence of each title, which the remain strong favourites to win. So, will they do it or can another German side challenge them domestically? The key may come down to transfers and many sides have been busy in the transfer window. Here we cover the top transfers in the Bundesliga this season.

Andre Silva joined Eintracht Frankfurt for just 9 million euros. He had previously joined AC Milan for 38 million euros, so he has long been touted as a serious talent, despite it not working out in Italy. Silva is still just 24 years of age, so could be set for major improvement and help the success of Frankfurt moving forward. 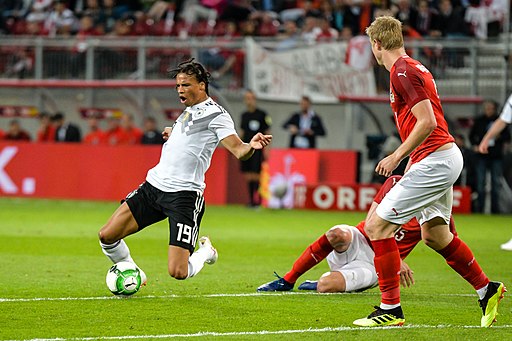 Another that simply must be included is Leroy Sane joining Bayern Munich for 45 million euros from Manchester City. He had been worth in excess of 100 million euro prior to his ACL injury and he could prove to be an incredible signing for the German champions. The signing has led to further interest and support in Bayern, with fans following live score feeds on the league, on top of bonuses and offers being picked up to support the side and their success. The signing of Sane has made improvements to the side and could help them produce another remarkable season and potentially the double of the Bundesliga title and Champions league again this season. Marc Roca was also another signing for the side and joined for just 9 million euros. He had previously been highly regarded in Spain and at such a small price, he could be another that proves to be a fantastic signing for the German champions.

Borussia Dortmund are also looking to challenge Bayern Munich for the title again and do look an improved side this year. They have also been active in the transfer window and even managed to replace Achraf Hakimi. Dortmund even managed to do this without spending anything and this was due to picking up Belgium international Thomas Meunier on a free. He will bring some much-needed experience to the squad and could prove to be a fantastic signing and even more so as a free.