Does Harry Kane stay or go?

While although there is a major international tournament just around the corner, that is not the only major piece of footballing news this summer and with England's talisman making headlines at club level, an incredible amount of focus will be placed in the direction of Harry Kane. 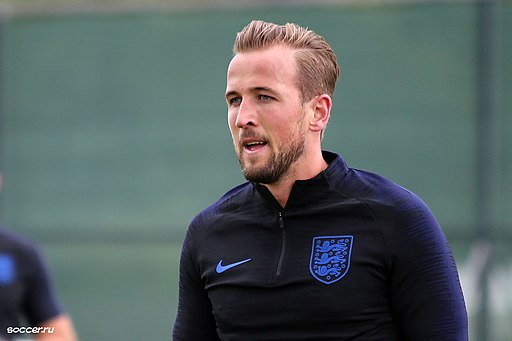 With the Tottenham forward being linked with a move away from North London, the rumour mill is now picking up a considerable amount of pace and with a handful of clubs ready to prise him away, a sensational switch could be around the corner.

Much has been made of Kane's desire to stay in the Premier League and with Alan Shearer's goal record firmly in his sights, any thoughts of a move to the likes of Barcelona or Real Madrid can be considered as somewhat non-existent.

However, that does not mean the Tottenham board can simply rest easy and with both Manchester outfits reportedly weighing up a move for the England star, a move North could be on the cards within the next couple of months.

Of course, the Etihad or Old Trafford are not the only possible destinations for Kane's next chapter and with Chelsea recently getting the better of Manchester City in the Champions League final, staying within London is not outside the realm of possibility either.

Because although it might be something of an outside bet, it may be worth a punt all the same and if you are that way inclined, https://free-bets.net/ will be ready to assist anybody who wants to test their transfer acumen.

With that said, there is perhaps one problem in all of this and that is the fact that Tottenham loathe to do business with Chelsea. Such is the level of contempt that chairman Daniel Levy has for the West London outfit, that a cross-capital move may be halted before it's even begun.

Which means if you were to take Chelsea out of the equation, it does look like a case of Manchester or bust for the man in question and one must not forget, there is always another option in these transfer talks.

One that sees all this talk become nothing more than conjecture and if that is to be the case, a lot will depend on just who takes over the managerial reins at N17. If the right man to replace Jose Mourinho is subsequently found, it could well be enough to ward off any looming transfer threat.

With this particular landscape changing on a near daily basis, it is hard to know just who Tottenham's next managerial incumbent will be. However, there is a sense that a world class name will need to be unveiled.

The romanticism of a Mauricio Pochettino return looks somewhat unlikely, and this will possibly mean that another former Chelsea manager is in frame – although this may not be a universally popular decision with supporters of the club.

That man Is Antonio Conte and if he becomes the man who leads Tottenham into battle next season, he will bring a championship winning pedigree with him. Something that may just tempt Harry Kane into staying put after all.