out of contract players end of the season news articles

Out of contract players at the end of the season

Due to the interuptions and suspensions covid has bought to the football world, many highly valued footballers contracts have not yet been renewed. Financial pressure on clubs has been dramatic and varied over last season and this. With teams not playing in front of fans, then restricted numbers and only returning to normal during summer, clubs finances have been damaged. During the interuptions players contracts continue to run though, so more contracts than usual are reaching their end.

With January transfer window approaching, clubs and players must decide to agree new contracts, transfer to new clubs so clubs can recover some monetary value, or to run contracts down to leave on a free. Premier League players can also settle their futures by signing pre-contract agreements with foreign clubs. If you fancy a bet on players clubs after the January transfer window, find bookmakers tested at helpbet.com. Lets have a review of some of the most highly valued players that have their contract finishing at the end of the season and could be on the move. 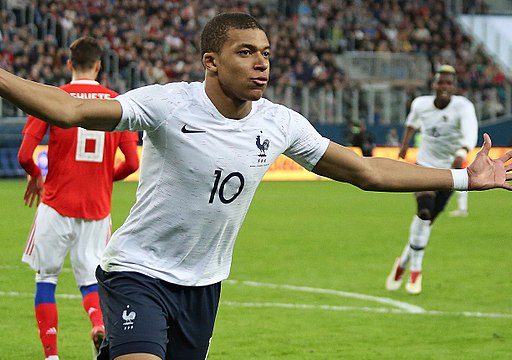 Paris Saint-Germain turned down a huge $186 million bid from Real Madrid late in the summer window. Mbappe now has only 6 months left of his contract and he is free to talk to non-French clubs in January about a free transfer from July 1, 2022. Mbappe has always stated he wants to go to Real Madrid, so a free transfer works, assuming wages can be agreed.

PSG, obviously dont want Mbappe to leave for free. They know that if there's any chance of Mbappe signing a contract extension, it will only be short-term. However extra complications are release clauses are prohibited in France and Mbappe wont want to be in the same situation next summer. Another factor why PSG want a transfer fee is that Monaco have an agreement that guarantees them 35 million euros whenever the Frenchman gets sold by PSG.

Pogba's contract expires at the end of the season, so will be free to sign a pre-contract agreement in early 2022. Juventus have been linked with Pogba for some time and the question is probably should Manchester Utd sell him in January or let him leave on a free? New manager Rangnick has said it is pointless trying to convince a player to stay at United. But also "He can be an important player, I'm fully aware of that, but this is true for all the other players that we have". With Pogba just back from injury it might be later in the window before a decision is made, or as Rangnick only has a short term contract it will be left to the board.

With Lacazette available on a free transfer in the summer, Arsenal could have attempted to sell him in January for a cut-price fee. But amid the breakdown of Pierre-Emerick Aubameyang’s relationship with Arsenal, Lacazette has now started the last two games for the Gunners. With the current situation making Lacazette the first choice striker, without transfer reinforcements. Meaning Arsenal are set to keep Alexandre Lacazette at the club and discuss a new contract at the end of the season. Even at the risk of losing him for nothing in the summer.

Contract discussions are reportedly not going so well between Rudiger and Chelsea. The centre-back is looking at a move away after the contract the Blues offered to him was deemed to be too low. The Germany international feels he should be on a similar level to the club's top earners. Yet it is claimed that Rudiger has been offered less than Mason Mount - who has allegedly been presented a fresh £140,000-a-week package - which has left him feeling disrespected. Paris Saint-Germain and Bayern Munich are interested in a move for Rudiger, but it seems a deal with Real Madrid seems most likely.