Premier League teams with the most valuable squads in Europe.

With the English topflight being arguably the most competitive and widely followed sporting league on the planet, it comes as no surprise that the some of the most elite sides have provided fans with an abundance of sublime talent, even if it has come at the greatest of costs in the active transfer market.

It comes as no shock that Manchester City topple not only the Premier League but also all of Europe for the most valuable squad. With City splurging out £100million for the services of English international Jack Grealish in the summer, the Citizens have now tipped ahead of their domestic rivals and show no sign of letting up in the spending department.

Kevin De Bruyne, Raheem Sterling, Aymeric Laporte and Ruben Dias among others have all been purchased at considerable prices that has since yielded the most successful period in the club’s withstanding history.

City have since dominated the domestic league and reached their first ever UEFA Champions League final last season with the long-term vision to bring the prestigious trophy to the Etihad.

Over a decade since Shiekh Mansour’s takeover, City have become the most valuable team in the world of football and look to continue their dominance in the years to come.

United are the country’s most successful footballing team and in turn bolster one of the most valued squads on the planet. While United have not enjoyed as much fabled success as their cross-town rivals in recent seasons, they still continue to invest a monumental amount of money into their squad.

United have broken the British transfer record on numerous occasions, with their £89million purchase of Paul Pogba from Juventus back in 2016 perhaps being their most influential transfer.

Romelu Lukaku, Harry Maguire and Jadon Sancho have also been among the most expensive acquisitions as United have looked to regain their dominance over the domestic league’s in the post Sir Alex Ferguson era.

Cristiano Ronaldo’s returning summer transfer to Untied was documented and discussed widely across the footballing landscape and it could finally be the trigger that can storm United back to title contention.

The European champions have remained a competitive side in the transfer market since their takeover by Russian billionaire Roman Abramovich back in 2003.

Chelsea have certainly not been shy in spending big in the window with their latest acquisition of Romelu Lukaku for £97.5million being a club record transfer fee and further sky-rocketing their squad value to Europe’s top three most valuable.

Last summer Chelsea would also spend big on the likes of Kai Havertz, Hakim Ziyech, Edouard Mendy and Ben Chilwell, with Abramovich hoping his team can remain as title favourites amongst the two Manchester sides.

The Premier League title race is suiting up to be one of the most enthralling in recent memory as football fans will be completely spoilt with the number of new betting sites available for casting out their predictions for the 2021/22 season.

Chelsea, United and City are all predicted to be the perennial favourite’s to challenge for the league title this year, and with the amount of money that has been invested into these sides, there will be a great amount of quality on display almost every week.

The Reds also remain as strong favourites to compete for a Premier League title following on from their decisive title winning season in 2020.

While Liverpool’s transfer incomings this summer were almost non-existent, they still maintain a side that is more than capable of reclaiming their grip on the league title. Liverpool have spent big in the past few seasons with the likes of Virgil Van Dijk, Alisson Becker, Fabinho and Diogo Jota being some of their largest arrivals for momentous fees. Despite the summer departure of midfielder Georginio Wijnaldum to PSG, Liverpool have a number of key names returning to starting line-up this season with manager Jürgen Klopp completely spoilt for choice on star names to select from. 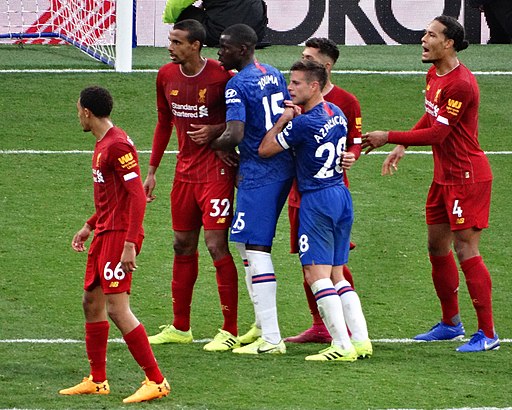 North London rivals Tottenham Hotspur (£486million) and Arsenal (481million) have also grown in providence with their viability of their squads.

The Gunners were the biggest spenders in the recent summer transfer window which culminated in a £50million move for Ben White, while Spurs’ summer window was mainly focused on the constant transfer saga of their star-studded marksman Harry Kane.

Villa were capable of spending big in the summer after the aforementioned Grealish departure with Leicester and West Ham both earning bonuses for their European qualification campaigns.

After previous years of heavy spending, Everton were hit with Financial Fair Play repercussions that saw the Toffees spend just £1.7million this summer window (money that was in fact spent very wisely on Demarai Gray).

Fosun Group’s takeover of Wolves back in 2016 has also seen the Midland side become more active in the transfer market and as such a mainstay in the league.

Newcastle United are also expected to join this list at a later date following on from their monumental Saudi takeover that could spring the Magpies back to contention.

With the avid interest in football continuing to spike throughout the past few decades, more money is being poured into some of the most distinguished sides to help keep the team in full contention with the world’s most elite squads.

The English Premier League has seen numerous transfer records broken as more sides look to become the most variable destination in the transfer market for the most coveted names in world football.