summer transfers who could be on the move news articles

2021 summer transfers, who could be on the move

Some major changes are due at the end of the 2020-2021 season. Several top football players will be available for free transfers, unless they extend their contracts. Besides making the next session unpredictable, these free transfers are a good opportunity for punters to have a bet when there are no domestic matches. Although the delayed EURO 2020 is still due to be played this summer. There are many betting sites are offering great odds that now offer player transfer betting. There are different rules regarding transfer betting so explore your options carefuly. We've already discussed Sergio Aguerio recently, so lets look at some other players available on a free and maybe a couple whose contracts are more muddled.

We've listed many rumours about Bayern Munich's Austrian defender, David Alaba, over the last few months. He has been a vital part of the Bundesliga since 2010, and he has helped his team win nine league titles, including two Champions League trophies. He racked up 32 goals and 49 assists over 404 matches for this club, and now he is free for transfer this summer. Several premiership teams are interested, but in our view the sensible money would be on a move to Real Madrid.

Memphis Depay, one of the key players for Olympique Lyon, could be on the move this summer window. This 26-year-old winger started at PSV Eindhoven then moved to Manchester United in 2015. After he fell short at the Premier League side, he signed a deal with Olympique Lyon in 2017. He scored 62 goals and made 47 assists over 155 appearances for this club, but he hasn't managed to win any trophies in France. This could actually be the biggest reason for him to move to another European club. 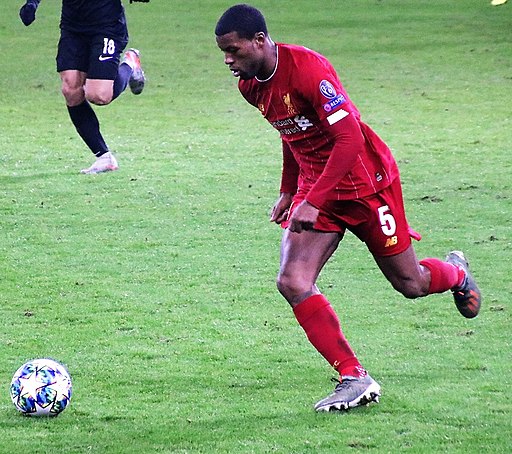 Even though Georginio Wijnaldum is a vital player for Jurgen Klopp, he is set to negotiate with other clubs, unless his contract with Liverpool is renewed. Klopp actually wants to retain this 30-year-old midfielder, but he is yet to make a decision on his future at the Reds. In his career, Wijnaldum has played for PSV, Feyenoord and Newcastle United before he moved to Liverpool and helped them win the Champions League and Premier League titles. Wijnaldum is understood to have been a priority target of Barcelona. Their financial problems put them off chasing Wijnaldum last summer but the fact he's a free agent makes his acquisition now more appealing.

Possibly one of the greatest football players may end his amazing career at Barcelona this year, if they don't reach an agreement for his contract extension. He requested to leave the club in summer 2021, but Barcelona did not allow his exit. Their relationship appears to have improved following the departure of president Josep Maria Bartomeu. However no new deal has yet been signed, complicated by Barca's eye-watering debt . Manchester City could be a destination for Messi. Pep Guardiola, Messi's former manager is there, but pehaphs more importantly is City's finances, which you would expect to able to cover Messi's wage demands.

The 22-year-old is out of contract in the summer, yet AC Milan have reportedly put contract talks on hold after a group of fans confronted Donnarumma at the club's training ground. Milan have suffered an indifferent season as they currently sit fourth in Serie A and were knocked out of the Europa League by Manchester United in the round of 16. However if they finish in the top four it will be their best finish since 2013. Although with Inter Milan having won the Serie A title for the first time in 11 years it wont be as welcome.