Arsenal appear set for a busy summer once the transfer window repoens in June, as Mikel Arteta looks to continue his rebuild of the squad. The Gunners currently lie in 4th and it's good possibility they may finish the season there, gaining a valuable Champions League spot for next season. If they do that helps enormously in terms of finances and the appeal of offering Champions League football to potential new signings. Obviously top 4 isn't guaranteed, but betting sites uk featured bookies currently have Arsenal as favourites over Spurs and Manchester Utd.

There have been significant changes already at Arsenal in January, with Kolasinac, Mari and above all Pierre-Emerick Aubameyang being shown the door. With Aubameyang's departure leaving a large gap up front, Arsenal obviously need a replacement in the forward lineup. This is doubly important when considering Alexandre Lacazette and Eddie Nketiah are currently set to leave on free transfers at the end of the season. One of the two may yet sign an extension, but at time of writing this seems unlikely. Lets have a look at potential recruits up front for the Arsenal. 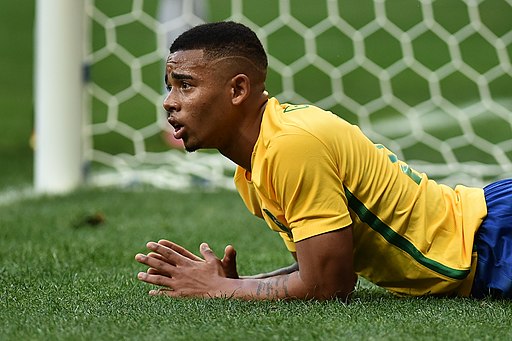 With Jesus currently refusing to commit his future to Manchester City, there is potential for Arsenal to snap up the Brazilian. The 25-year-old forward has only one year left on his current contract, so a deal could be made. More playing time would also be appealing, as he is not a regular at the Ethiad, where as at Arsenal he would become a prominent member of the first team. He is quoted as saying "It’s not just me, it’s [all] the players. If you ask, everyone’s going to say ‘I want to play’ and the season that I arrived here I played a lot, I think".

Arteta has worked with Jesus before, whilst at Man City, and hopefully understands how to get the most out of him. This may be a brilliant piece of business if Arsenal can pull it off.

The Nigerian striker embodies nearly all of the qualities that Arsenal require in a striker. An out and out number nine, goalscoring, pace, physicality and consistency. Being only 23 also fits in with Arteta squad rebuild in focusing on younger players. Ben White, Aaron Ramsdale, Martin Odegaard and Takehiro Tomiyasu, all under the age of 25, were brought in and have all done well. Napoli are reportedly willing to listen to offers for Omishen as they are looking to cut their wage bill. However it wont be a cheap deal, with reports of the Italians looking for £80 million.

Valued at a more reasonable price Marcus Thuram may be an option. Thuram is approaching the final 12 months of his contract and Monchengladbach will sell this summer, rather than lose him on a free in a years time. He could be available in the £10-£15m range, however Arsenal will have to compete with Chelsea and Tottenham Hotspur who have both shown interest in the 24 year old.

Schick grabbed plenty of headlines at Euro 2020 last summer with five goals in four games. This season only Robert Lewandowski leads him in goals in the Bundesliga, scoring 20 goals in 20 games. However many other top European clubs are interesting and the Bundesliga side have no intention of selling him. It would take a mega-money deal, where Arsenal may choose a more cost effective solution elsewhere.