neymar could be one of the summer biggest moves news articles

Neymar could be one of the summer’s biggest moves 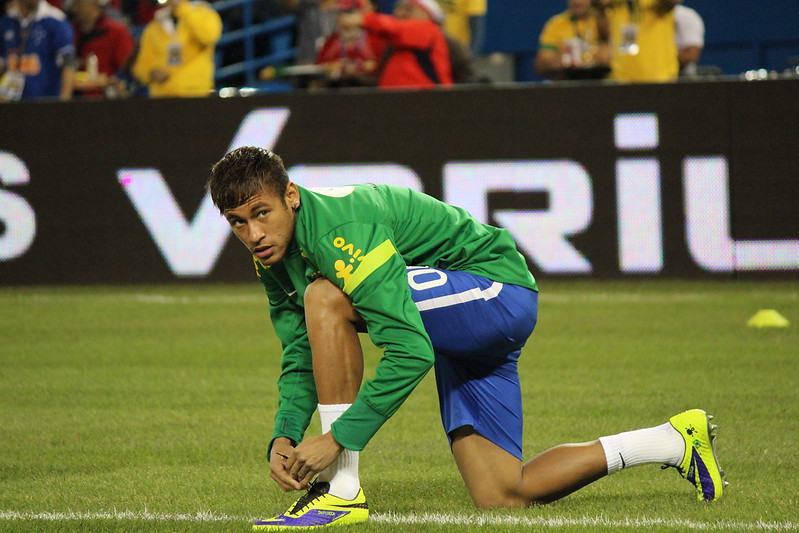 It’s a big year for Neymar with the World Cup this winter. But for now, the big question for the talented striker is which football club will he play for in the 2022/23 season. An English Premier League side, perhaps?

Neymar has been at PSG since being transferred to the French champions from Barcelona in 2017. His five years in Paris are yet to see him earn a Champions League winners medal. This is the time of year when transfer rumours go into overdrive, and the word is that PSG are prepared to let the Brazilian leave this summer.

He has scored 100 goals in 144 games for the Parisian team. But he only scored 13 goals in the 2021/22 season, the lowest number he’s managed since coming to Europe from Brazilian club Santos in 2013. However, he didn’t play from November to February due to an ankle injury.

You have to wonder just why PSG may want to allow Neymar to leave the club. They have put 11 players on their transfer list, but the name Neymar is not included in that list. With a new coach in place, though, the next month or so is going to be an interesting time for the French side, who regained their Ligue 1 title last season.

With 400 career goals, if he is up for sale, then there will be no shortage of possible buyers. Could he be on his way to the English Premier League? He’s never played for an English club; perhaps that might change in 2022.

One club looking to make huge strides next season is Newcastle United. They had a strong finish to last season and have already been active in the transfer market. Signing a player such as Neymar would be a major statement. Their long-suffering fans would finally believe that the club they love could get a high finish in the Premier League. Would Neymar want to go to Newcastle, though? Perhaps letting him know about the local casinos might help?

The footballer is well known as a huge poker fan – and recently played in the World Series of Poker in Las Vegas. Although he plays a lot with friends, if Neymar could work more on his strategy skills and upgrade his poker game to the same level he plays football, he would definitely win a fortune.

If not Newcastle, where else? Chelsea are busy rebuilding their squad and have already signed Raheem Sterling. Neymar, now 30, appears to be too old for them. If other transfer targets don’t work out, that might change, though.

Liverpool need a replacement for Sadio Mane, and Neymar would fit in well. The club already has some top Brazilian players, so Neymar would feel at home at Anfield. Could he provide the goals that see the Anfield team topple Manchester City? The English champions are unlikely to be chasing Neymar after buying Haaland and Phillips.

Could Manchester United replace Ronaldo with Neymar? PSG might be interested in some kind of swap deal, perhaps? United need to strengthen, but Pogba has already gone, and Ronaldo looks to be on his way. Signing Neymar would appease some of their increasingly disgruntled fans.

There will be competition for his signature from around Europe if Neymar is on his way out of PSG. A move back to Barcelona looks unlikely. They seem to have other targets, and after all, they are deep in financial trouble with debts in the region of €1billion. Would he go to Real Madrid after playing for Barcelona? Perhaps not.

Bayern Munich dominate German football but not Europe. The signing of Mane from Liverpool is a good one, but Robert Lewandowski looks likely to leave. Replacing him with Neymar would soften that massive blow if that is the case.

Neymar moving from PSG would be one of the biggest transfers of the summer. He still has a lot to offer and will want to play consistently in the World Cup lead-up. The bookmakers still feel he’ll begin the season as a PSG player, but once transfer dealings run into trouble, clubs are likely to turn to Neymar as a solution to their problems.